Today's researchers are enduring a tough period compared to other scientists throughout history. Due to funding and institutional constraints, they have to work on short-term contracts serving commercial interests and must make promises that they can hardly live up to. One example involves quantum computers. Scientists should devote themselves to basic research crucial to tackling long-term world issues, says Nobel Prize Serge Haroche. This does not prevent him from advocating a strong sense of humanity among scientists. He supports an ideal education and research system combining science and humanity that stokes people's curiosity and enthusiasm for science, while at the same time cultivating an atmosphere encouraging imagination and innovation.

SJTU ParisTech Review – Can you give any projection about what the next big breakthrough in physics will be?

Serge Haroche – You can’t know what the next big breakthrough will be or when it will come because basic research involves looking for something that is unknown. When you try to predict, you often make mistakes. The only thing I can say now is regarding quantum simulation, which means you put subatomic particles in a specific position and have them interact. In this way you might learn things that happen in the quantum world. I expect that quantum simulators will soon develop and become very helpful for scientists to design new materials and find new properties. But still, this is a very general statement. What will really happen is, by definition, impossible to predict.

And the same is true on the application side. What we are trying to do now is control even better quantum systems to learn the quantum phenomenon and manipulate it. The big issue is to preserve the quantum properties which will be lost simultaneously when the particles interact with other materials. Many methods are being explored but it is hard to say which will be successful and lead to new applications, let alone what exactly the applications will be. In the past, each time scientists made big magic physics advances, people were not able to predict their practical uses. It should be the same in the future. Actually, that is the really interesting thing about science.

How about the quantum computer? People have been excited by the idea and have been talking about it for a while.

If you asked scientists 100 years ago what the big breakthroughs of 21st century would be, no one would say quantum physics. It is quite risky to make promises about the future that you can’t follow. People may invest lots of money in quantum computers only because of what you said.

This is the wrong way to approach research. You have to explore all directions, then applied physics and engineers come and use the fundamental facts that we have been able to discover and organize to eventually make new things happen.

There certainly will be quantum technologies. For example, quantum communication can use photons propagating in optical fibers to make communication more secure, faster and more efficient. This is progressing now, but what the final use will be is not clear. 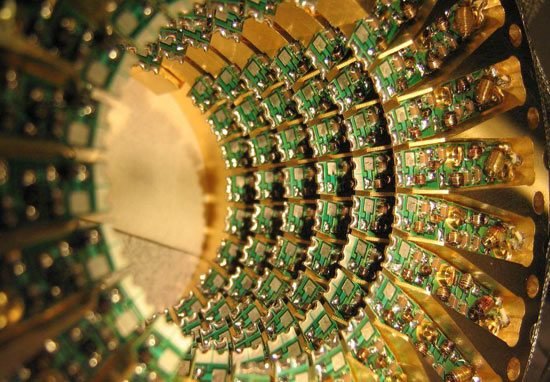 These days, basic research and scientists have to some extent been eclipsed by significant development in the business and technology fields. So how can basic research keep moving forward and avoid the fate of being marginalized?

I think the condition should be preserving people’s curiosity and passion. Without passion you can’t do a job well. Equally important is freedom in doing research. We see that more and more research is based on short-term contracts, where scientists are asked to write proposals promising practical results like a quantum computer. Only in this way can they get funded. But what they are doing is applied research, not fundamental research. A good system should provide space and freedom to scientists, not only the freedom of focusing on specific topics, but also freedom of mind and finance.

When looking back, it is clear that science has always flourished when and where scientists were able to exchange with people in other fields like artists, philosophers and sociologists. This formed the culture and civilization atmosphere that was conducive to creativity and basic research. For example, lots of the greatest scientists appeared in Italy at the time of the Renaissance and in Germany in the 1920s. Both had a mixed culture of science and other aspects of the civilizations. Albert Einstein is famous for interacting with philosophers and artists.

People say we are experiencing a revolution of science and technology today; however, I’m seeing a regression in the way science is carried on. I am not sure whether the current tendency focusing on short-term results and marketable products is a good thing for basic research and independent thinking.

Should the education system be seen as responsible for this ‘regression’ as well?

It is at least part of the problem. I once wrote an article for Nature magazine arguing that the education system should encourage young researchers to keep curiosity and passion and do research freely, rather than obstruct them with bureaucracy and a lack of funding. If you only judge their performance by how many papers they publish, they will try to write papers as quickly as possible just for the sake of publishing, leaving no time to think and develop. Even worse is that it may lead to academic cheating. We should be very careful about this.

How do you select young talents for your research team?

First of all, we are very lucky to be able to attract very talented young people. In France I have been doing my research in Ecole Normale Supérieure. They have very bright students selected through very difficult examinations. Of course, at first you judge from their studies and backgrounds, then through interviews you see their personalities to make sure they can work in a team well. Generally, it is difficult to identify talent. Some people are very shy at the beginning but turn out to be very excellent and succeed. Then on the other side some have very good academic records but you find later they have a shortage of creativity and imagination.

What do you say to those who decide not to proceed in their research career?

At a personal level, I may say it is fine. If you don’t have enough passion for it, it is better to go and do something else. Sometimes life is difficult and doing basic research won’t make you good money. Do you think I should do research? Once people raise that question, the answer is already there: no.

However, I think it is bad when the system pushes bright young scientists to make fast money. I also don’t like the idea that students who are good at math and physics are driven into industries like finance and computing. We have so many challenges in the future to solve. For instance, after the Fukushima tragedy it is even clearer than before that we need more engineers who have the knowledge of how nuclear power plants work and how a nuclear power plant should be taken care of and dismantled. If engineering school graduates all go into banking and computing sectors, it will become difficult to address the technological problems which our societies are facing.

But it is also true that applied science and innovations have largely benefited basic research.

For example we talk a lot about MRIs, which are very useful in hospitals. But they have also been used for finding the structure of bodies in labs to learn about biology. This is what makes a system so complex and fascinating to observe – the entanglement between basic research and applications.

But I think basic research needs to be funded more than it is now. Even applied research is suffering from profit orientation. It is very difficult to develop new drugs for diseases that affect only a few people; investors won’t be interested. It is the responsibility of governments to manage this kind of issue. The problem is, between long-term problems such as global warming and the politicians’ interests, there is a paradox. It takes at least 10 to 30 years to find new and cheap ways for things like energy storage, but politicians only care about their next elections.

Do we have solutions other than putting all our hopes on government?

There’s not only government, but I think government has to make sure that basic research goes on. Regarding the funding, we have seen some successful structure arrangements to distribute more money on the basis of trust in good researchers rather than short-term profitability. For example, in Germany they have the Max Planck Society to support both young and well-established people in doing long-term research. And permanent positions will be given to those who succeed. It works well. So I think we should mobilize society at large for everybody to realize that education is the most important investment for the future.

What makes a good education system?

First, education should be for everyone and a good balance should be found between the matters which are taught. Teachers should be well paid. Schools and universities should join science with humanities, because learning about art, philosophy and literature opens the mind, stimulates creativity and makes you think about the important issues which society is facing today. When we talk about fast developing countries like China, India and Brazil who want better lives for their citizens, if they do it in the way that rich countries did, our planet will be exhausted very quickly. So we have to adjust and adapt our thinking from now on.