Wikipedia just turned 10. The largest reference work ever produced, the Web site makes vast amounts of knowledge available to everyone that was once available to just a few scholars in major university libraries. But some thinkers say the volunteer-written encyclopedia is itself a sign of something still more important: the rise of social production.

Remarkably, scholars have found Wikipedia to be no less accurate than the Encyclopedia Britannica, although the Britannica is less than 2 percent of Wikipedia’s size at this point (66,000 articles totaling 40 million words).

Even more remarkably, Wikipedia was written and edited by more than 1 million people with nearly no planning, supervision, or professional editorial oversight—all working for free, for the greater good of the 365 million people who consult the site every month. Even now, the budget of the Wikimedia Foundation, which runs Wikipedia, is only $20.4 million a year, all generated by donations.

Of course, Wikipedia is an incredible achievement in its own right, but the site’s significance may go far beyond its role as the eighth-most-popular destination on the Internet. It may be the most visible symbol of what Yochai Benkler, a professor at Harvard Law School, has described as nothing less than a new means of production (cf. the TED Talks below). 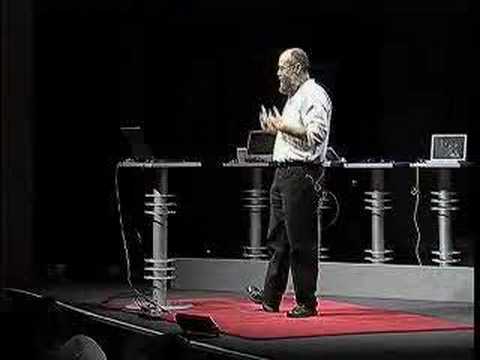 “For decades our understanding of economic production has been that individuals order their productive activities in one of two ways: either as employees in firms, following the directions of managers, or as individuals in markets, following price signals,” Benkler wrote in 2002. Now, he continued, we are seeing something different: “ … the broad and deep emergence of a new, third mode of production in the digitally networked environment.”

Wikipedia is far from the first example of this new mode. The first achievement of what Benkler calls social production was open-source software, which began to emerge in the 90s. In open source, groups of programmers began to cooperate to build software, which turned out in practice to often be simpler, more robust, and more secure than the paid variety. Today, open-source code runs everything from operating systems used by statisticians (R) to the software that runs 70 percent of Web servers (Apache) to the second-most-popular browser (Firefox).

The Puzzle
For economists, open source and other forms of social production present a problem—how come so many people keep working so hard without getting paid?

“For me as an academic, it’s a little embarrassing to talk about open source because the fact of the matter is that there is not a single academic theory that I know of that would have predicted the emergence of open source,” says Sheen Levine, a professor at MIT and Columbia University, who likens these kinds of unpaid groups to the discovery of “a whole new class of organisms, everything from microbes to mammals, that actually don’t need oxygen.”

At first, economists dismissed open source as an insignificant aberration, no more important than “old ladies swapping recipes,” according to Levine. Later, as the Linux operating system took shape in the 90s, they started to rethink its significance. Some theorized that programmers shared their software as a way to give away a free sample, essentially in the hopes that it would win them a better job. This explanation seemed to make some sense, but the advent of Wikipedia showed that it, too, was inadequate.

“Wikipedia is a great case in my opinion, much more interesting than open-source software, because on Wikipedia, people don’t write under their names, so you can’t talk about them getting a better job,” Levine says. “They give away all intellectual property. Anyone can read it and anyone can edit it. All the theories that we have would have predicted that it would turn into chaos and it would collapse, because who would want to contribute to something like this?”

Paying Forward
To understand why, scholars have had to look beyond economics, Levine says. They found one clue in the work of pioneering Polish anthropologist Bronislaw Malinowski, based on his studies of the people of the Trobriand Islands off New Guinea in the South Pacific.

The Trobrianders did not exchange gifts with each other, as most cultures do, but gave them sequentially, A giving to B, B giving to C, etc. Everyone acted not in expectation of immediate reward, but with a sense that eventually, something would work its way back around to each giftgiver, according to Levine.

“This is what we call generalized exchange or pay-forward,” he says. “The concept is, I received something from you and I pay it forward, but I reciprocate to someone else, not back to you. They spread the favor.”

In his own experiments, Levine has found that under the right circumstances, human beings seem almost hard-wired for this kind of generosity. In one experiment, subjects are told that if they put in 20 cents, someone they don’t know and can’t see will be given a dollar. If they don’t send anything, nothing happens. After this, the subjects are matched up with someone else, and may or may not be the receiver this time. Obviously, some people are stingy, Levine says, but most are not.

Looked at from this point of view, other online phenomena can be seen in a different light. Levine sees Napster, the once popular music-sharing service shut down by the music industry in 2001, not as a facilitator of piracy as the record labels did, but as another instance of sharing—a drive so powerful that file sharing remains incredibly popular nearly a decade after Napster was shuttered.

“You can still find pretty much anything, any movie, any song, any piece of software, online, for free,” Levine says. “This is the dark side of that drive [to share]—it’s not exactly fair for people who work to create this product—but again, it’s part of the human tendency to share.”

How Business Benefits
But consumers also give to business as well as take. Innovation, too, is driven more often by the kindness of strangers than we tend to think. Roll over, Edison: “Empirically, it turns out, there’s a good chunk of innovation that’s actually created by individuals,” Levine says. Often, he says, consumers will start tinkering with a product and discover a new use for it or a modification that can improve it, and share the idea with others for free. “It resembles open source very much,” he adds.

The sharing by consumers of opinions about products and services is also turning out to be an important source of business value. Some companies now use these opinions to guide sales. One example: Amazon’s customer reviews, which were originally considered somewhat controversial because of the openness in allowing customers to give bad reviews to a product. David Weinberger, a senior researcher at the Berkman Center for Internet & Society at Harvard University, recalls hearing that after CEO Jeff Bezos asked for the feature, staffers wondered whether negative reviews would lead people to buy fewer books. “No,” Bezos reportedly answered, “they just won’t buy as many books that they don’t like.”

But the value is not just in accelerating word of mouth. Instead, companies are taking more and more hints from their customers, all the way up to the executive suite, according to Weinberger, co-author of the seminal Cluetrain Manifesto, a 1999 Web site and later book that argued that the Internet would transform the relationship between business and consumers. “Strategic decision-making is increasingly becoming a networked activity,” he says.

‘Friending’ Humanity
However, Benkler believes that while business is not going away, it may play a less central role in society than it has since the Industrial Revolution. The fact that everyone with an Internet connection can potentially distribute information anywhere and everywhere in the world changes all kinds of established social and market dynamics.

In his book, The Wealth of Networks [Yale, 2006], available free, online, Benkler predicted that “new patterns of production—nonmarket and radically decentralized—will emerge, if permitted, at the core, rather than the periphery of the most advanced economies. [This change] promises to enable social production and exchange to play a much larger role, alongside property- and market-based production, than they ever have in modern democracies.”

Certainly, massive collaboration has already changed a lot in the world. Open-source software has transformed that industry—for more than a decade now, even IBM servers have run Apache and Linux. Wikipedia has nearly killed encyclopedias. More recently, Wikileaks (which is unaffiliated with Wikipedia) has probably changed the rules of politics, by making it more difficult to keep secrets inside government or between politicians and a coterie of closed-mouthed journalists.

But the next few years may be crucial to the development of social production, in Benkler’s view. In his articles, he has speculated that this cooperative force could be held back by governments and industries interested in maintaining the status quo.

If evolution is any guide, however, humanity seems likely to come down finally on the side of cooperation. “You see a lot of cases of cooperation among animals, but they exclusively cooperate with kin,” Levine says. “Humans don’t. Humans [also] cooperate with non-kin, which is the reason that we were so successful in surviving.”

The ongoing technological revolution - the Internet, nanotechnologies, renewable energy, genetic engineering, among others - is affecting the world more radically and rapidly than any in history.

At the same time major changes are taking place in demographics, the climate and natural resources. ParisTech Review assesses the impact of these new technologies and major changes on business, the economy, society and individuals. Our difference: unconstrained, unbiased and rigorous analysis. Our goal : stimulate debate and engage our readers ...