An unmanned aerial vehicle (UAV) can do more than just drop deliveries. Professor Peng Zhongren is leading a project for monitoring air pollution with UAV in hopes of tackling smog, the most pressing issue in China. This project has included a number of important observatory programs in Shanghai and Hangzhou since gaining wide support from the authorities and environmental departments. Traditional observatory vehicles, such as manned aircraft, sounding balloons, meteorological towers, laser radars and satellite remote sensing technology were deemed too expensive, hard to manage and less flexible. UAVs, however, are agile enough to carry out intensive monitoring and real-time data collection work from 0 to 1,200 meters above the ground in a three dimensional way, conducting research on the distribution and spread of pollutants such as PM2.5, ozone, nitrogen oxide and black charcoal. Despite discussions about regulations on the commercial use of UAVs or debates on the moral issues of military use, the unmanned aircraft has already made its entrance into science, research and public governance. Its wide presence has brought a silver lining to this confounding fundamental issue. What is going to be the killer application for UAVs?

SJTU ParisTech Review – When was the first time that you introduced UAV as one of your research tools?

Peng Zhongren – When I was working in the States in 2004 my colleagues and I talked about the possibility of applying UAVs to research on transportation. Even in America, UAVs were only a novelty that was not all that attractive. The research value was mostly in the military and of little civil use.

What was your project about?

It was about monitoring transportation conditions with the help of UAVs. We borrowed the vehicle at a very high cost and it was controlled by someone else. We were only offered the final data for processing. But now, UAVs have a much wider application in our life.

One of the key projects underway at Shanghai Jiaotong University is to monitor air quality with UAVs, which would have been a completely unbelievable plan a decade ago. UAVs have an advantage in taking samples at a high altitude in a dynamic and three dimensional way to spot things like the distribution of pollutants at different times or heights and cross-regional migration—things that are hard to measure by traditional means. In the past, observation was only possible at ground level. Data on distribution above the air, which was hard to gather, was based only on theory. UAVs brought us revolutionary technologies and fundamentally changed the landscape of atmospheric environmental studies.

When did UAVs enter the public discussion?

It was after the year 2010. It is fair to say that UAVs are still a niche technology. But they have been developing at a rapid pace in the past couple of years as the cost has dropped. People are buying UAV as toys.

From another technical perspective, UAVs have also achieved great improvement in the past decade. Major progress has been seen in two aspects. First is the physical design of the vehicle: it’s become lighter, more stable and more flexible to control. On top of that, the image recognition and processing technologies attached to the UAV have become more advanced and expanded the application of UAVs. In the early days, it was a hassle to control UAVs, and they produced poor quality images and data that were hard to process.

What is the role of UAVs in the smart transportation system? What is the key component of the UAV compared to other technologies?

Its strength mostly ties to its ability to capture the flow of transportation. This is a concept related to timing. In the past, it was only possible to set scattered observatory points and gather discontinued data. Whereas UAV can cover changes in transportation flow in a comprehensive way and come up with a trend report. This way of collecting data is very hard to achieve through other means. By adopting UAV investigation of traffic accident in cities, it is of great value to apply this technology to exploration in mountainous regions with tough natural environments. With all being said, smart technology is composed of many other aspects and UAVs are not yet an omnipotent technology that can replace everything else, including driving technology, inter-vehicle communication and vehicle-road information exchange.

What is required on the land to support UAVs?

Not much. The UAV itself comes with a comprehensive system. One can control the pace and direction of the aircraft through a smartphone on the ground. Conducting transportation inspections requires receiving real-time data and images on a computing device, whereas this step could be done by a UAV through its built-in data processing module. Images can be interpreted into traffic flow data even when the UAV is still in the air, which is conducive to the data transmission and real-time traffic control.

Any special technique required for driving a UAV?

Lots of UAV operators are required to go through special training in the States, as a UAV is far more complicated than a toy. A qualified operator must be capable enough to handle any emergency. It is different to fly each UAV model. For example, it is easier to fly a spiral wing UAV than a fixed-wing one, as the latter requires more technique, knowledge of aerodynamics and calm. A training session lasting at least a couple of months is required to master the skill of UAV flying. 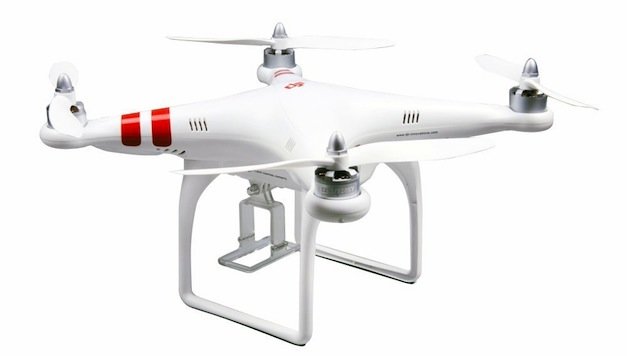 UAV development has experienced a transition from military to civil use in Western countries. Is China following the same route as well?

In both China and the U.S., UAVs were developed first for military use. We cannot simply define the development at the current stage as a transition. Quite a number of small companies are developing their own products and R&D at a much lower cost.

So it is precise to say that UAVs are now developing in two areas at the same time. One is for civil use that is totally isolated from the military. The other is solely for military aircrafts on a large scale. Military-oriented companies are now shifting focus to civil business as well, but not necessarily with much cutting edge innovation. As for now, large scale UAVs are not yet widely applied in the civil domain.

Follow this line of thinking, is carrying capacity a key factor in UAV technology?

Yes. Aside from carrying capacity, stability, endurance and safety are all crucial factors. When we talk about safety, we are referring to the vehicle’s ability to identify and bypass obstacles, which is a key area in smart UAV research. According to my knowledge, these technologies are easily achieved in the lab and there are some prototypes already. But it takes another one to two years before it can be widely applied in real use.

As a smart device, is UAV technology subject to “Moore’s Law”?

Of course it is. But UAV is at its preliminary stage and facing an imminent bottleneck period. But I am still quite bullish on the market, as the businesses are investing heavily in it.

What are the necessary elements an integrated industrial chain needs in terms of production?

First is a ground control system, which is the most difficult. The part that enables stable flight lies in the control system, which is composed of a range of technologies and systems. Technologies including self-navigation, automatic cruising and obstacle avoidance with a precision of one centimeter have enabled newer and better applications. Second is the power system. A stable engine is crucial for the safety of UAVs. Likewise, facing a bottleneck in its development, battery technology is of the same importance to empower a longer flight time for electric UAVs, like other means of transportation. Third is application and service—the most profitable part. Those companies that are capable of applying innovation in UAVs to traditional fields and leading revolutionary changes will be the final winners.

Application is definitely the most important step in UAV development. Aside from a technological bottleneck, UAVs have to have a killer application before becoming ready for explosive growth. But it is hard to say where this application is going to be seen. UAVs can help with large scale land information gathering with high precision in surveying and mapping. They are also capable of monitoring and assessing crop growth, as well as spraying fertilizer and pesticides in agriculture. UAVs can also be applied in high voltage transmission line inspection, air and water pollution, and traffic information gathering and monitoring. It is still too early to say whether UAVs can be applied on a large scale and overhaul the traditional industries.

Does it also mean the production of UAVs is hardly going to be dominated by only one or two companies?

I would say yes, at least from an application perspective. Different applications only match their corresponding technologies and products. UAVs that specialize in traffic monitoring and air pollution monitoring cannot be applied to fine agriculture. Still, some brilliant enterprises could become the industry leader before they grow tentacles to all areas.

The Shenzhen-based UAV company DJI Technology has been valued at US$10 billion with great awareness in the industry. Some foreign media have even said “the world’s most innovative UAV company is not in Silicon Valley, but in China.” What is your take on this?

DJI Technology did a fantastic job in popularizing UAVs. The price of the aircraft dropped in a very short time thanks to DJI. It was the same with Ford, a company that made automobiles affordable to most Americans. It is fair to say that DJI was a major driving force to China’s UAV industry. And the quality of its products is pretty trustworthy compared to the products at a similar price point. I am very proud of the fact that China has competitive pricing in light civil UAVs. The next step is to ramp up investment in R&D for flagship products in response to features and requests for all kinds of applications. We hope for the emergence of a killer application soon in the future.