Today, manufacturers operate in a harsh competitive environment. How can they maintain and develop their competitive edges? What kind of industrial policy can help them when facing this challenge?

ParisTech Review – By removing trade barriers, globalization has changed the size of markets and placed the question of production factors in the center of the game – with considerable cost differences in labor and widely variable prices in commodities. Do these disturbances alter radically the issue of competitiveness?

Vincent Champain – Globalization has certainly brought this issue back on the agenda while hardening its consequences: today, lack of competitiveness is much less forgiving, whereas during the twentieth Century, most companies operated in a friendlier environment.

However, can we say that the whole dynamic has changed? Today as in past, the fundamental issue for a firm remains to understand how to use best its production factors and maintain or develop its competitiveness in a given market. What has really changed is the market dynamics.

Some goods are commoditized and competition is mainly a matter of costs and scale effects. In other sectors, the search for the best technological bidder is of paramount importance: the ability to innovate is crucial, as is the intellectual capital in all its diversity (brand image, R&D, but also a special link with innovative ecosystems). Lastly, the digital revolution offers bold or visionary entrepreneurs the opportunity to create, or reinvent, a market.

But fundamentally, for a firm, the challenge is still to identify, maintain and develop its competitive advantage. We observe that there isn’t any substantial change in the rules discovered by Adam Smith and David Ricardo, but rather an acceleration of pace and an increase of competition. Errors of strategy or execution cost much more than previously.

During a time, outsourcing, offshoring and, more generally, the segmentation of value chains was the principal response of large industrial groups to the challenge of competitiveness. Is this sequence over?

No, even if we speak of offshoring, it’s just another way for multinationals to reconfigure the supply chain. But this reconfiguration is certainly not the alpha and omega of the quest for competitiveness, and it occurs differently in one sector or another.

The segmentation of the supply chain must be understood as follows: the components of a product which represent or can develop a competitive advantage are internalized. Everything else is outsourced. This calls for some clarification.

First of all, don’t think that the manufacturing part is necessarily the part that needs to be outsourced. Take for instance the famous situation of fabless manufacturing. In a sector such as mobile telephony it can make sense: Apple has adopted this strategy, because computer components are common to many firms. It is therefore economically cheaper to have them produced by a few specialists who provide clients from different sectors. However on a market such as aircraft wings, it’s quite the opposite: because this type of component is very specific, you cannot expect economies of scale. It makes therefore less sense to split the value chain.

Technological breakthroughs can also change the game. Take connected objects for instance: intelligent devices, equipped with sensors change the status of the equipment manufacturer: it’s no longer simple metallurgy, but also high added-value technology. These technologies of the “industrial Internet” are becoming so important that it’s in a manufacturer best interest to control them – particularly through partnerships in the case of technologies shared by several industries.

But precisely, high technicality may force to resort to specialist subcontractors: are industrials condemned to “let go” crucial segments of the value chain?

Yes, of course. By definition, planning an industrial strategy consists in defining what we want to produce, to whom we want to sell it, for which components we can achieve a competitive advantage and for which others subcontractors will achieve better results than us.

A classic example is that of the automobile industry where manufacturers usually keep the assembly lines or manufacturing units for engines, but where large equipment manufacturers manage high added value segments of the value chain.

Therefore, in many cases, the relationship between a manufacturer and its subcontractors is not so much that of a contractor than a technology partner. There are several reasons for this. First of all, the evolution of information systems makes dialogue increasingly easy. Secondly, and most importantly, it’s a matter of efficiency: the closer to the efficiency frontier, the more creativity is needed for each component and for their combination.

This is a classic issue of industrial economy, but it becomes increasingly important due to technological acceleration and growing competition. Today, the dominating lean culture leads for instance to a more participatory functioning. This can be observed for GE, Motorola, and Toyota and related to the degree of maturity of products and to competition.

The ability to coordinate a network of subcontractors, to sustain (not crush) an ecosystem are now factors of competitiveness. This ability cannot be taken for granted.

In this context, many industrial players evolve towards the services sector. Is this a permanent trend or a fad?

In the manufacturing industry, services are now a growing sector, both for technological reasons (the need to manage increasingly complex processes) and for economic reasons. Manufacturers face increasingly strong constraints on their costs due to competition or requirements in terms of profitability from their shareholders. Their expectations in terms of performance from their equipment open an increasingly large market of services aimed at maximizing the “productivity of assets” linked with the efficiency of their equipment. Contract manufacturers seek to negotiate a total cost of ownership. This leads providers to sell them not only goods but also set of services – and also to commit to a level of performance or service. Michelin not only sells tires to aircraft manufacturers but a service based on a given number of landings.

The extension of the value chain forces a growing number of manufacturers to enhance their products with a service offering. An illustrative example is given by Dassault Systèmes: originally, it was a simple engineering subsidiary of Dassault responsible for developing the software used by the manufacturer to design its aircrafts. Dassault Systèmes first developed a CAD software that allowed to create 3D models; the need to integrate subcontractors in the design process led the company to refine and market its products. Today, Dassault Systèmes is the world leader in 3D design software, 3D digital modeling and solutions for managing the life cycle of a product. This service provider has become one of the strongest assets of Dassault, who thirty years ago was a “hardcore” manufacturer.

This type of evolution compels us to rethink our ready-made answers concerning industrial competitiveness. In particular, an excellent way to mitigate the threat of deindustrialization is to ensure that the industry takes part in the development of high value-added services that preserve the industrial presence in high-wage countries. 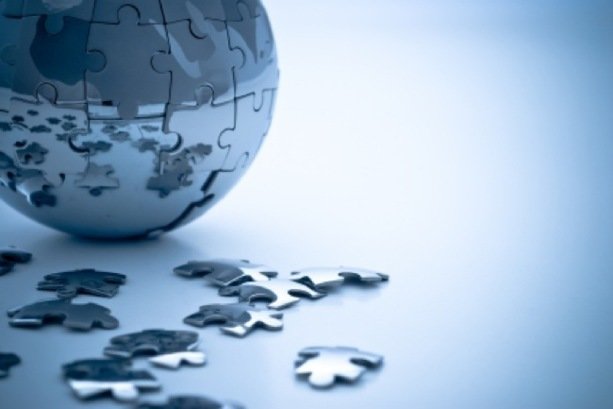 This context begs the question of industrial policy. It would seem that the structural changes you describe make it even more difficult than in the past to define policies in support of competitiveness?

More difficult, beyond any doubt. But only because it also opens new possibilities, particularly in terms of services.

First of all, it would be unreasonable to reject completely the traditional approach, which consists in maximizing the overall productivity of factors, that is to say the ability of an economy to improve the combination of capital and work. This avenue still offers space for development: in this context,  the production factors can still be improved in order to avoid being outpaced by competing countries on indicators such as the cost of energy (crucial for some sectors such as chemicals), labor, capital, but also the quality of infrastructure, research, training… There is nothing new about it, but considerable scope for improvement:  today, no country excels in all of these areas.

But ensuring a good environment is not enough. An “economic” approach is crucial. Countries need to focus on specialization areas that can help them win the global game. They also need to facilitate the redeployment of resources to these sectors while strengthening the network of companies associated with these specializations. A common mistake is to focus on sectors sheltered from global competition. To be competitive, you need to develop your most exposed areas and open up to international competition.

However, companies need to design a plan based on a clear awareness of their comparative advantages – existing or potential – to preserve, strengthen and enhance their assets on markets as wide as possible.

Can you give us some examples?

Yes, two very different ones. I have a direct experience of the first at GE: it concerns gas turbines. The new generation of large turbines, called “FlexEfficency”, was designed and developed in Belfort and the only production centre in the world, will be Belfort. Why Europe, why France? It is precisely a matter of competitiveness: this production is capital intensive, it requires high-level expertise; combining these two factors on a French site offered a clear competitive edge. Around this type of activity, we can develop global value chains. This suggests that the French debate on the “deindustrialization” is often too vague: some industries are in decline, others remain very profitable, others are developing. Each country has its advantages!

This is precisely the challenge of my second example, Big Data, which makes the link with the services sector, mentioned earlier in the interview. Let’s stay in Europe: what are the edges of European players, what competitive advantages can they use? To understand this, we need to learn from what happened in two adjacent industries, mobile telephony and search engines. In the industry of mobile telephony, Europe has managed to turn its GSM standard into a competitive advantage, which contributed to the development of global champions based on large diversity of markets. Conversely, if you take the example of search engines, Europe suffered from its diversity, specifically from the diversity of its languages – none of the countries over ten million inhabitants speak the same language. US search engines, on the other hand, were able to offer the same product to hundreds of millions of users speaking the same language, in the United States and around the world. Big Data brings us back to the same situation: European companies are trapped in a patchwork of different laws that were designed according to a traditional vision of collection, storage and use, impossible to apply to massive data without suffocating the competitiveness of this type of activities located in Europe. That’s why European players have a twofold disadvantage, except if they break free from the start from their home market. But which companies are capable of making this giant leap?

If European Big Data wants to stand a chance in the global game, training mathematicians and computer scientists – something France does very well – won’t be enough: we need to undertake considerable political and legal actions to define a framework that is both protective of individual freedoms and favorable to economic development, while taking advantage of new technology to maintain – and often strengthen – this level of protection. This is a major challenge: the efficiency and speed at which Europeans will be able to define this framework will determine their ability to develop champions, or to attract research centers of worldwide groups. In the opposite case, these developments will occur in other continents and Europe will lose on three different levels: we will lose high value-added jobs, we will miss most of the economic benefits and we won’t have any control over the standards of data protection that will be imposed from outside. This brings us to the very heart of the industrial policy we mentioned earlier.